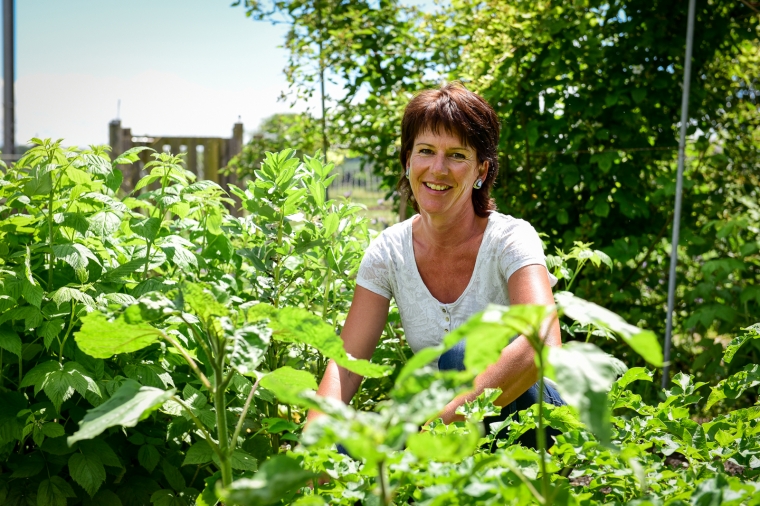 Hooray! Spring’s here - or how an escapee becomes a housebreaker

The awakening of nature is for me one of the most beautiful moments in the year of a farmer: the fields and forests becoming green again. A blaze of colour; the rosy flowers on the trees, the yellow dandelion, the purple bitter cress and the white daisy are wake up after the winter-sleep and decorate more and more our cattle pastures.

The cattle can smell the growing and good smelling grass und push each other in front of the closed pasture gate. Finally it’s the first pasture day. Our whole family meets for the „Weidetoröffnen“, the opening of the pasture gate. We want to be there and enjoy this beautiful moment with our cows and their calves.

But something unexpected happened! As every year, the cows ran with big jumps on the pasture. Even the oldest cows were so happy to be outside. After a short time of observation, they went also on the pasture. A really beautiful moment seeing them running with the other cows.

The youngest animal, a two month old and at least 100 kilogram heavy calf, lately we called him “Housebreaker”, had a lot of respect and need much more time to dare going on the pasture. As he finally did, the herd was already on the remotest angle of the pasture and hidden behind trees. Seeing no cows anymore he panicked and began to run. He broke through a solid fence and crossed the main street jumping over a 1.5 meter high stonewall and he was gone.

We were completely shocked. My heart was not beating anymore. But our family knew what we had to do. Pesche, Lukas and Lena repaired quickly the fence, in order to keep inside the pasture the rest of the animals. Lisa and I went in the centre of the village, where we last saw the calf. But we couldn’t see him anymore. Not even a trace or a moo. The calf seemed to have been swallowed up by the earth. Completely exhausted and with some vesical on our feet from the rubber boots, we met our neighbour Aschi. He could watch the scene form his terrace and saw how the calf came to him. Aschi tried to calm down and stop the calf with a broom. As a former farmer he knew how to block him between him and the house. The calf had no chance to escape… except through Aschi’s front door - he flew in the house. But the kitchen on the ground floor didn’t seem to suit him. So he went upstairs in the living room where couch and carpet were. Exactly there he had to pee! A bit later Pesche came and together with Lisa he could capture the housebreaker.

Back on the pasture everything seemed to be forgotten. Housebreaker washed it all down with a mouthful of milk taken from his mother’s udder. In the evening, also Aschi’s house was reasonably clean again. Of course it was Aschi’s family who became the best pieces of Housebreaker.